Purchase this shift plate directly from us HERE 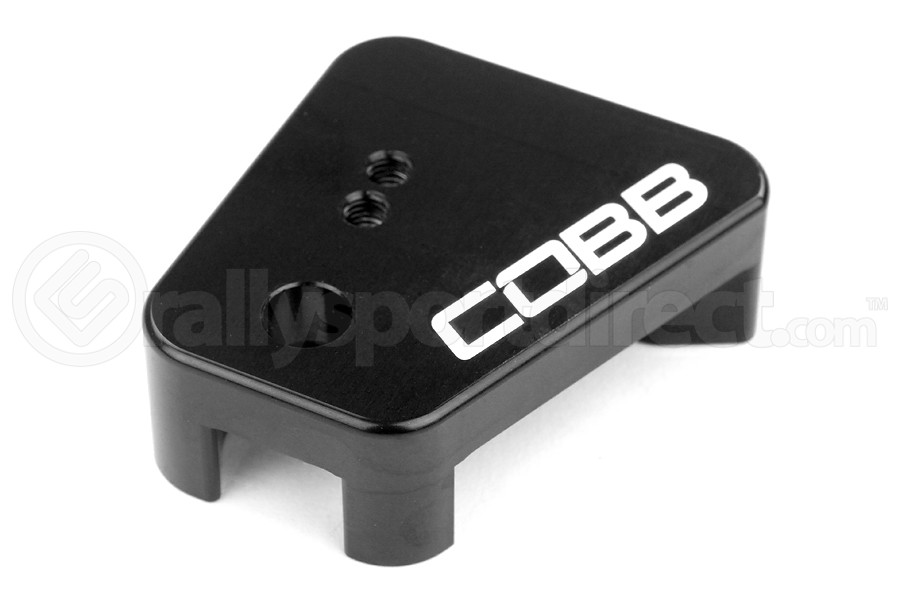 ) So we decided to do something about this. We found out that COBB was designing a short shift plate a little while ago and we were anxiously awaiting its arrival to our facility so we could give it a try. Once we received one of the shift plates, we went ahead and installed it on our shop car White Sheep.

We gathered up the tools needed for the install:

Now, let’s get to work! First thing we did was unplug the MAP harness and move it out of the way

Now undo the four 8mm screws holding the top of the air box on shown here circled in red.

Once those are loose, the top should pull right off. (keep in mind the screws are attached to the lid, don’t pull them out all the way)

Next, loosen the hose clamp that goes onto your intake piping (varies depending on what intake you have) Also, take the 10mm bolt out of the support holding the intake tubing to the head of the engine.

We need to mark the shifter weight in several places so we know exactly how it came off so we don’t install it incorrectly when we are ready to put it back on. So take your sharpie or other permanent marker and mark it properly.

Here’s the marks on the shaft after pulling the weight off.

Slide the COBB Tuning short shift plate on the weight; it should only go on one way, like this

Turn the weight over, place the bottom plate on so the holes line up, they should only line up one way, shown here. Throw a dab of Loctite on the bolts before threading them in

Now we can take the supplied 3mm allen wrench and tighten down the bolts. Don’t go too crazy tightening them down, they should be tight, but not too tight. You should be able to feel when they snug down.

There’s the plate installed and ready for the next step

Put a dab of Loctite on the ball stud and thread it into the plate. Again, don’t go too tight, you will feel it bite into the nylon washer as you tighten it down. You have 2 positions you can place the ball stud, the one closest to the existing ball stud is 30% reduction while the one further away is 40%, we opted for the 30% reduction and it seems to work fine. You can try either one. (Keep in mind the more reduction you choose, the more effort it will take to shift)

Another dab of Loctite on the set screw and it is ready to thread into the side of the plate. Take the supplied allen wrench and tighten it down

It’s already ready to go back in the car! That was fast! Ok, place it back on the shaft making sure you line up the marks your marks you made prior to uninstallation. It should slip right back on.

Let’s tap the pin back in to hold it in place, we held it with the needle nosed pliers first to get it started, then we just tapped it the rest of the way in, once we couldn’t tap it in with just the hammer anymore, we grabbed the supplied hex head bolt and tapped it in about where it was when we started this uninstallation.

Pop the shift linkage on the ball stud.

Now we can start re-assembly, take the intake box and place it back in position

Plug in your MAP sensor

Replace your rubber strap in front of the box that secures the fresh air inlet.

Now we just have to replace the four 8mm screws that hold the lid on the intake box and we’re all done!

So this was a very easy installation. All the people that have installed it will attest that it took a lot less time than expected. The change in shift length even at 30% is definitely noticeable. They is literally 30% less throw. Getting the transmission into the gears isn’t much different. I was expecting it to be a lot more difficult to get into gear, but that is just not the case. I ran it through all the gear quite aggressively and I can still bang every gear confidently without worrying about missing gears. This was a good upgrade; I think it’s almost a must if you like to grab gears quickly while accelerating. We are taking the sheep to the drag strip this Friday, we’ll see if we can improve some et’s and mph, We’ll report back when we have some data! Hopefully this tutorial will help you when you’re ready to install this plate on your car!