Purchase these mud flaps directly from us HERE 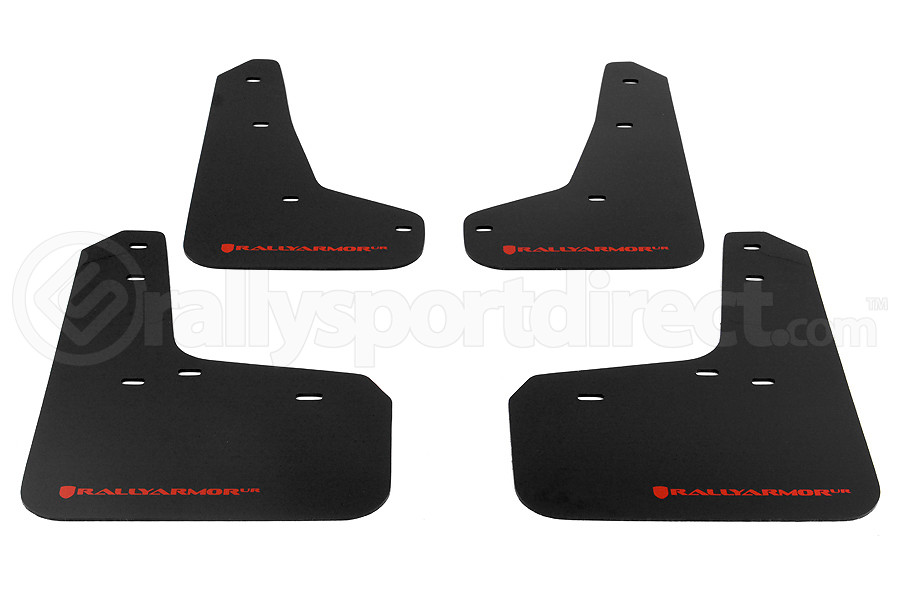 This install was done on the floor with very minimal tools needed, so here’s a list of what we used:

Ok, so on to the install!

First things first, let’s take a look at just what comes in the package. Looks like some really nice mudflaps, install directions, and associated installation hardware.

Looks like there’s a LOT of hardware, but it’s not all that bad. Ok, so the first step is to take the front fender liner retainer clips out, we’ll be removing the rear lower three retainer clips, just get a flat tip screw driver to pry the middle out and the whole clip will pull out of the fender

Now that those are out, pull the fender liner back and throw three of the round edge clips on these so the screws can thread into them: Now we can put the mudflap in place loosely for adjustment. Now you’ll want the mudflap parallel with the ground when installed so do your best to get it lined up before tightening down. Don’t forget the washers behind the screws used here

We can tighten them up once everything is all lined up and ready to go. So, that’s it for the front, they look pretty good. Decent match to the wheels and seem to fit perfectly!

Now on to the back. These were just a bit more difficult than the front. I would say they took around twice as long to install than the fronts did. First thing you’ll want to do is get the back of the car in the air and put proper jack stands under to support it. Behind the wheel you will want to take the two t30 torx fasteners out. There is another hole that we have to make shown by the arrow in the image below. I just used a drill to open up a hole, make sure you make the hole big enough you have room to run the screw through and properly line up with the threads. Take the two factory screw seats off shown here in the second picture you can see the hole where you need to place one of the three round edge clips that will be hidden behind the cover prior to drilling it out. After pulling the stock clips off, place three of the round edge clips in place

We can now mock up the mudflaps. You’ll want to run the long screw through with the metal support bracket on the label side, don’t forget the washers. Then you’ll need to place one of the long spacers and one of the shorter spacers between the mudflap and the mounting hole. Now that we have it lined up, let’s screw it down! The push clips can go in now as well, the thin clip goes to the outside and clips into the support bracket, then the thick clip goes on the inside, shown here. Ok, so that’s the rear, the rear flaps are a little bit wider than the fronts (which is preferred) and they look pretty good. What do you think? The main reason we installed these flaps is to find out of they will help reduce the amount of debris and dust we get on the rear of the car. As you guys all know these little hatchbacks have a tendency to get a LOT of debris on the rear bumper and all over the back of the car. We will take some time and drive the car around, get some miles on it (we have a show in Nevada this weekend) and report back with our findings.

On another note, these things look a lot better than expected. They fit very well and the grey color accents the rest of the car nicely. Thanks for reading, hopefully this will help you out if you are going to install them on your car.